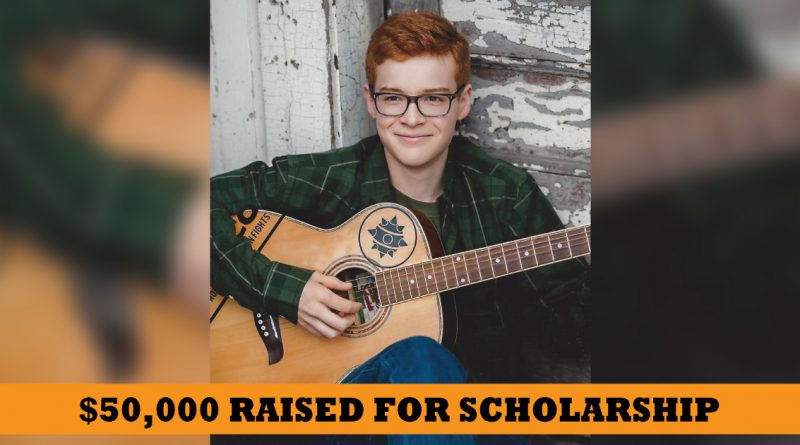 Mill Creek, Wash.- Reed Baldwin was a lifelong learner, a gifted musician, and a machinist “who was one of those people in the background being brilliant,” says mother Connie Baldwin.

On April 1, 2021, Baldwin died in a fatal motor vehicle collision on Bothell-Everett Highway. He was 22 years old.

Following their son’s passing, the Baldwin had an abundance of people reaching out asking how they could best provide support to them, offering meal trains, flowers, and housekeeping assistance.

“People wanted to know what we needed, but how do you know what you need in an unimaginable situation? We didn’t want people’s kindness to go without being appreciated fully,” said Baldwin.

Three days after his death, the family set up a fundraiser to raise money for a scholarship and grant fund on his behalf, recognizing that people’s kindness could be funneled into an initiative that would have a lasting impact. Within two weeks, the community had raised almost $55,000.

“It took off like wildfire, and it’s become this beautiful expression of how people felt about my son and how they feel about our family,” said Baldwin. “In such a dark time, it’s become a source of joy to see this fund grow and know it represents something tangible and positive.”

The Reed Baldwin Redfellowship is an annual scholarship and grant program aimed at honoring the inclusive atmospheres that Jackson High School’s Band and Robotics programs provided Reed as a student. The scholarship is available to those who make their band or robotics community a better experience for all through infectious and inclusive energy, creative perspective, and intuitive or mechanical skills- as Baldwin did; for those who believe that the group’s success is more important than their individual spotlight.

“We chose that name after the professional musical name he chose for himself (Redfellow), with a nod to the great energy, laughter, creativity, and inclusive fellowship he gave to others,” explained Baldwin. “These are two incredible communities. We thought let’s create a scholarship for the Reeds of the world in their future academic goals.”

A $1000 scholarship will be awarded to one student per program every year for 20 years, with applicants having 500 words to express how they have helped others feel welcome or encouraged their band or robotic program peers to view information through a new perspective. The remaining funds will create grants to fund significant contributions to the music and robotics programs at Gateway Middle School and Jackson High School where Baldwin’s mother said he found a community of friends that appreciated him and band directors who inspired him.

Reed played alto sax, bass guitar and the piano, participating in Gateway Middle School and Jackson High School band and Jazz bands for seven years. After high school he taught himself the production side of the music business and gained a reputation for having “a great ear” for beats and sound mixing, said Baldwin. He also produced a hip-hop album called “Peppermint”. Following graduation, he worked as a machinist at Birdwell Machine in the city of Everett.

In 2020, Baldwin was diagnosed with Bipolar Disorder, and seeking treatment changed his life said his mother, who wished to share her son’s journey to encourage others to ask for help.

“It was like a switch was flipped,” she shared. “It’s a gift to yourself, it’s a gift for the people who love you. This tragedy would be twice as sad if he hadn’t had these last four months of happiness.”

Jackson High School students may apply for the Reed Baldwin Redfellowship Scholarship by visiting EPSFoundation.org. If you wish to make a direct donation to the scholarship fund, text ‘EPSF’ to 243-275 and type Reed Baldwin in the comment box or go to this link: https://gofund.me/00b6905b. 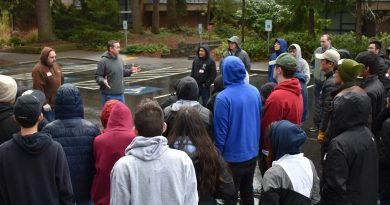 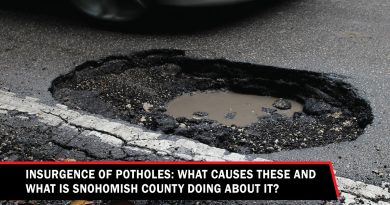 Insurgence of potholes: Where did they come from and what is the Snohomish County doing about it? 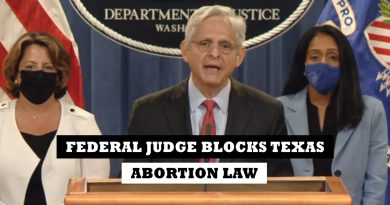 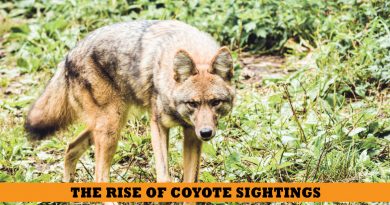 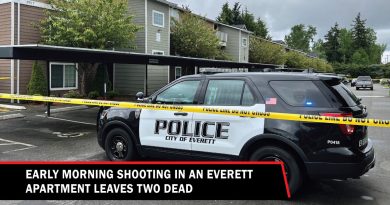 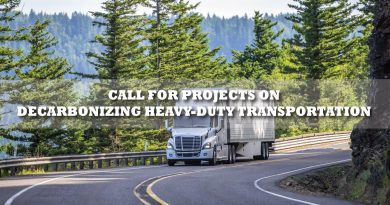