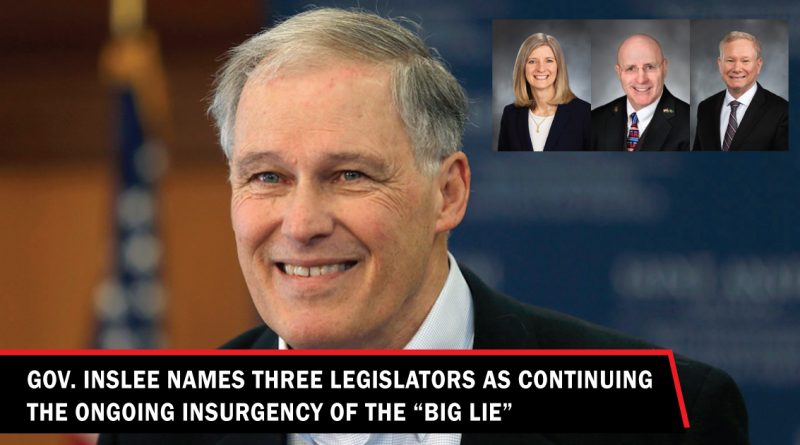 Inslee first announced he would support this legislation at a virtual legislative preview hosted by the Associate Press, Thursday, January 6, the anniversary of the U.S. Capitol Breach, in which he referred to the ongoing “threats to democracy” as one of the biggest challenges in our community.

“It should not be legal in the state of Washington for elected officials or candidates for office to willfully lie about these election results in favor of democracy,” Inslee said.

During the preview, Inslee shared his personal experience when the governor’s residence was stormed by Trump supporters, some armed with assault rifles, causing him to be evacuated to a safe room.

“I feel deep in my heart what it meant when the temple of democracy was attacked,” Inslee said. “This is much more than a simple case of some violence. It is our democracy itself that was attacked and continues to be attacked.”

The original bill relates to public officials and candidates who knowingly make false statements and claims regarding the election process, adding a gross misdemeanor charge to chapter 29A.84, which pertains to penalties, punishable of up to 364 days in jail and up to $5,000 in fines. An amendment to RCW 42.12.010, which pertains to office vacancies, also adds that if an elected official is convicted, under this new amendment, they immediately forfeit the elected office.

“The United States supreme court has ruled that states have the power to restrict speech that incites or produces imminent lawless action. It is the intent of the legislature to hold elected officials and those that seek to hold an elected position who have taken an oath to uphold the Constitutions of the United States and State of Washington accountable and to prohibit these individuals from bringing forward false claims with the purpose of casting doubt on one of our most sacred institutions,” the bill states.

The Supreme Court ruling mentioned in the bill refers to the Brandenburg v. Ohio case of 1969, in which Ku Klux Klan leader Clarence Brandenburg was charged with advocating violence under the State of Ohio’s criminal syndicalism statute. The court ruled that the government cannot punish inflammatory speech unless it is “directed to inciting or producing imminent lawless action and is likely to incite or produce such action.”

Earlier this month Inslee noted that Trump’s “big lie” and continuing “coup” is an ongoing “threat to democracy” that is “just as prevalent today as it was a year ago”, referring to the claim by former President Donald J Trump, and his supporters, that the 2020 election was stolen.

“The Democrats want to own this day of January 6th so they can stoke fears and divide America. I say, let them have it because America sees through theirs lies and polarizations,” President Trump released in a statement on January 6, the day Inslee announced his support of the new legislation.

Trump added, “They want all conversation concerning the Election “Canceled.” Just look at the numbers, they speak for themselves. They are not justifiable, so the complicit media just calls it the Big Lie, when in actuality the Big Lie was the Election itself.”

“This is a cancer in our society and I believe we all need to, both parties, respond to it to speak not just against the violence but against this continuing big lie that the defeated president, and his allies, that are continuing this effort,” Inslee said.

The three-term Democratic Governor hoped that more elected leaders would call out Trump’s effort, to confront him, and to not allow their colleagues to be allied with him, expecting Republicans to “forcibly” denounce the three Washington legislators who were allegedly “part of this conspiracy.”

Kraft and Sutherland defended their attendance at the Mike Lindell-sponsored Cyber Symposium to a Seattle Times reporter as being important to their work on election-related legislation.

Even if SB 5843 passes into law, the Washington Post wrote it could be an “uphill battle” in court, as exemplified by Washington’s recent history in attempting to criminalize false political speech.

In 2007 the Washington State Supreme Court struck down a 1999 law, in a 5-4 ruling, that prohibited political candidates from intentionally lying about their opponents.

“The notion that the government, rather than the people, may be the final arbiter of truth in political debate is fundamentally at odds with the First Amendment,” Jim Johnson wrote in the majority opinion.

Hugh Spitzer, a University of Washington law professor and expert on the state Constitution, told My News Network it would be difficult to make criminal charges stick in a case against a state official or candidate for making false statements about an election.

Republican State Representative Drew Stokesbary (R-Auburn) took to twitter, January 6, to share his opinions on Inslee’s support for the legislation.

You combat bad speech with better speech, not criminal sanctions. Threatening to jail people for political speech is as dangerous to our democracy as questioning election results. https://t.co/AdphOvUhod

“You combat bad speech with better speech, not criminal sanctions. Threatening to jail people for political speech is as dangerous to our democracy as questioning election results,” Stokesbary wrote.

In a press release published by Jay Inslee’s office, the Governor issued the following statement regarding a government’s role in interpreting the First Amendment: 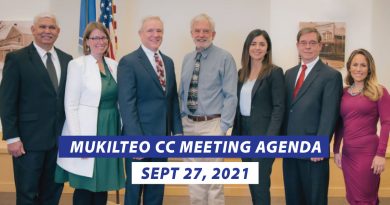 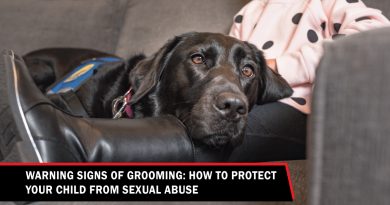 Warning signs of grooming: How to protect your child from sexual abuse 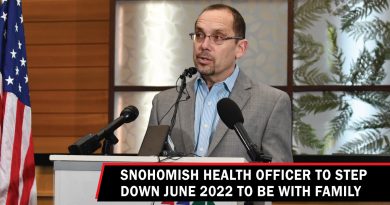 Larsen votes for COVID-19 relief to Washington’s businesses and hospitals, and increased testing