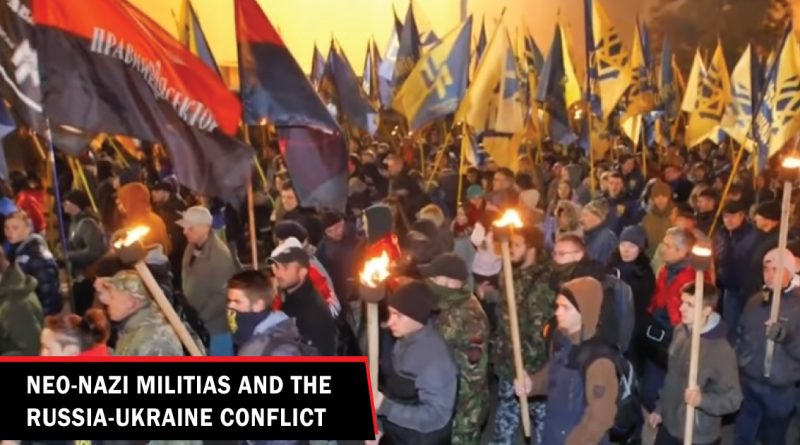 As the Russo-Ukrainian conflict enters its eighth week, it is prudent to consider the complexities at play, especially given that neo-Nazi militias have recently become active participants—not to mention the billions of dollars in security aid and stockpiles of weapons the US and NATO countries have sent to Ukraine.

The Azov Battalion, a neo-Nazi militia fighting alongside Ukraine’s military, recently claimed that Russia used chemical weapons during the besiege of Mariupol. A defense reporter with Kyiv Independent, Illia Ponomarenko, broke the news with a tweet on April 11. If confirmed, the use of chemical warfare could escalate Western’s response to the conflict.

The confirmation of such intel is crucial, not only given the potential impacts chemical warfare could have but also because of the group making the claim. The Azov Battalion, one of many neo-Nazi-like organizations in Ukraine, may have its own reasons to escalate the conflict.

While President Volodymyr Zalenskey seeks to protect Ukraine and reach a peace deal with Russia, neo-Nazi groups like the Azov Battalion seek to make “a clean nation,” as the BBC reported in 2014.

None of this is to suggest that the claim is untrue; of course Russia is capable of committing such atrocities. And the existence of neo-Nazis in Ukraine should not diminish the Ukrainian cause nor validate Vladimir Putin’s “denazification” claims, as Russia houses its own neo-Nazi groups.

But given that neo-Nazi militias have been assimilated into Ukraine’s military, as President Zelenskey told Fox News last week, they are an undeniable element in the current conflict. And now that the Azov Battalion is not only an active player in the war but a vocal one, it’s a good time to consider Ukraine’s history with neo-Nazis and the potential consequences thereof.

Ukraine’s historical involvement with the Nazis dates back to 1941, though the exact relationship between Ukraine and the Nazis varies according to who is telling the story.

The prevailing narrative, as Oliver Stone recounts in his “Ukraine on Fire” documentary, is that during Germany’s Barbarossa campaign against the USSR in World War II, a significant portion of Western Ukraine sided with the Nazis and viewed them as liberators from Soviet rule, which led Ukrainian battalions to join forces with the Nazis.

Most of the Ukrainians who collaborated with the Nazis came from the Organization of Ukrainian Nationalists (OUN), which was founded in 1929 in hopes of creating an ethnically pure Ukraine; and the Ukrainian Insurgence Army, also known as “Ukrayinska Povstans’ka Armiya” (UPA), a faction of the OUN, formed in the 1940s.

But, of course, different political parties within Ukraine have their own take on the OUN and UPA’s relationship with German Nazis.

Political Studies Professor Ivan Katchanovski at the University of Ottawa wrote an in-depth scholarly paper on the subject in 2019 and found that those who dismiss the OUN and UPA’s collaboration with Nazi Germany are “the proponents of the political rehabilitation and glorification of these [neo-Nazi] organizations.”

Said proponents argue that the accusations of fraternizing with Nazis were unfounded “since they relied primarily on evidence provided by the Soviet authorities.”

One proponent of the glorification of the OUN and UPA, as noted by Katchnovski, is former Ukrainian President Viktor Yushchenko. Yuschenko asserted that Ukrainian battalions like the OUN not only abstained from collaborating with Nazis but even fought against them, saving many Jews in the process. He also signed a decree in 2010 that hailed one of the OUN’s most idolized leaders, Stepan Bandera, as a hero.

In fact, an NPR report from 2010 details how Yushchenko officially rehabilitated the OUN and the division it sewed in Ukraine. The NPR decried Yuschenko’s actions, stating it was a “move so fraught with danger down the road that it’s as though he did it to punish his disloyal voters.”

The NPR went on to characterize Bandera’s military organization, or the OUN-B, as having “adopted typical fascist symbols and trendy racist ideas promoting ethnic chauvinism and racial purity to pursue its goal of creating an independent Ukrainian state.”

Another argument Professor Katchanovski mentions in his paper suggests that the OUN was forced to join with the Nazis because “it was in the interest of the pro-independence struggle.”

Regardless of which version of history one prefers, Katchnovski cites conclusive studies indicating that the OUN assisted “German formations in the mass shootings of more than 50,000 Jews, Soviet activists and POWs, and Poles in summer 1941” and the UPA “killed on its own initiative at least a thousand Jews.”

Of the historians and politicians like Yuschenko attempting to “present the OUN-B and UPA leaders as national heroes,” Katchanovski says, “They denied, minimized or justified the involvement of the OUN-B and the UPA leaders and members in the mass murder of Jews, Poles, Russians, and Ukrainians.”

In his conclusion, Katchanovski writes, “The analyses of biographic publications, historical studies, and archival documents show that the majority of the OUN-B and UPA leaders and very large proportions of their members collaborated with Nazi Germany, mainly in the beginning of the Second World War.”

According to Katchanovski, the OUN-UPA also meet the classifications of a terrorist organization. After recounting the UPA’s “ethnic cleansing campaign against Poles in Volhynia,” and the OUN and UPA’s “attacks against suspected pro-Soviet civilians who were their main casualties in 1944-1954,” Katchanovski states:

“The OUN and the UPA can both be classified as terrorist organizations because their actions correspond to academic definitions of terrorism as the use of violence against civilians by non-state actors in order to intimidate and to achieve political goals.”

Given the recent attempts to recast Ukrainian involvement with German Nazis, sorting out the history thereof has become a bit complicated. But thanks to modern journalism, identifying neo-Nazi activity in Ukraine is a little more straightforward today.

Despite YouTube removing Oliver Stone’s “Ukraine on Fire” from its platform, there are still plenty of docu-style pieces and reports that detail the existence of neo-Nazis in Ukraine.

In 2018, for example, the BBC’s “Ukraine: On patrol with the far-right National Militia” detailed neo-Nazi involvement with Ukrainian political parties and police.

The video follows members of the National Militia, which is part of the Azov Battalion, as they offer aid to police, fight police after a judge ruled against their favor, intimidate politicians during a City Hall meeting to support their own politicians, and destroy Russian-owned businesses.

Four years earlier, the BBC released its “Neo-Nazi threat in new Ukraine” video, where journalists followed neo-Nazi groups called C14 and The Right Sector as they policed the city of Kyiv.

“I like the idea of one nation,” said a young member of The Right Sector. “I want there to be one nation, one people, one country.”

When asked to elaborate, the young man said, “A clean nation. Not like under Hitler, but in our own way, a little bit like that.” Regarding the Ukrainians who feel deep historical ties to Russia, he said, “Those who like Russia, let them move to Russia. Ukraine will just be for Ukrainians.”

It should be noted, though, that not every militia group in Ukraine espouses Nazi ideology. A BBC report from 2015 captured footage of a militia group marching through the streets of Kyiv waving OUN flags. One of its members told journalists, “We all love our country. If we love our country we are now Nazis? I think not.”

In 2018, VICE followed Ukrainian Nationalists, composed of the National Militia and Azov Battalion, as it waged war against Russian-backed Separatists in the East. The documentary illustrates how Ukraine has long been at war within itself before the Russian invasion of February 2022.

The internal conflict began around 2014, after protests against the government’s decision to delay an association deal with the European Union escalated into violent clashes between protestors, police, and neo-Nazi groups.

VICE interviewed Oleksandr Turchynov, the Head of Ukraine’s National Security and Defense, who stepped in as acting president following the incident in 2014 that foiled the government and set the stage for Russia to annex Crimea and begin arming Separatists in Eastern Ukraine.

Turchnynov admitted to VICE that he accepted aid from neo-Nazi militias in order to stabilize the country. “Russian armies began gathering at our northern and eastern borders. The situation was intense,” recalled Turchnynov. “I was forced to turn to Ukrainian Patriots and ask them to voluntarily defend our country.”

Though said patriots included the likes of Azov and other neo-Nazi militias and groups, Turchnynov said, “If it happened again, I would do the same thing. My only goal was to save the country.”

Since 2014, militia attacks on Ukrainian citizens, including those of Russian descent to the east, have ravaged the country. The situation has been so severe that organizations like Organizations for Security and Co-operation in Europe (OSCE) have been monitoring humanitarian crises in the country ever since.

In fact, the United Nations Children’s Fund (UNICEF), an agency of the United Nations responsible for providing humanitarian aid to children worldwide, reported that since the internal conflict began in 2014, “more than 750 educational facilities on both sides of the contact line [in Ukraine] have been damaged or destroyed.”

Fondness for neo-Nazi symbolism has endured in Ukraine to this day. Eduard Dolinsky of the Ukrainian Jewish Committee chronicles public displays of Nazi support on his Twitter profile. One of his tweets from January 2022 shows a huge Stepan Bandera banner hanging on a government building in Ternopil, Ukraine.

In response to the Russian invasion, Ukrainian leaders “have welcomed armed nationalist factions into the fold, among them the far-right Azov Battalion,” the Washington Post reported in March.

The situation has even attracted more Nazi sympathizers to the region as Nazi affiliates from countries like the U.S. and Germany have been flocking to Ukraine.

“The mobilizers see the Russia-Ukraine war as a major opportunity to advance white nationalism via militancy,” the Post reports.

When asked about the Azov Battalion’s involvement with the Ukrainian military during a Fox News interview on April 3, Ukrainian President Zelensky’s answer was similar to Turchnynov’s response to VICE back in 2018.

“Azov was one of those many battalions. They are what they are,” President Zelensky said. “They were defending our country.”

Zelensky explained in the interview that battalions like Azov have been incorporated into the military of Ukraine. “Those Azov fighters are no longer a self-established group; they are a component of the Ukrainian military.”

However, it should be noted that even since 2014, the Ukrainian government has relied on neo-Nazi militias to “bolster their strength,” according to BBC.

None of this is to substantiate Putin’s claims to “denazify” Ukraine, nor does any of this excuse Russia’s alleged war crimes in the least. However, the neo-Nazi component of this story is often overlooked by U.S. politicians and mainstream outlets, perhaps in hopes of not deterring support for the great humanitarian need in Ukraine, but it is pertinent nonetheless.

Has the U.S. been indirectly arming neo-Nazi militias?

Since the Russian invasion, the U.S. has sent a significant amount of military aid to Ukraine. The Biden Administration has given the Ukrainian government billions of dollars for security assistance. And as Reuters reported last Wednesday, President Biden announced he’ll be sending another “$800 million in military assistance to Ukraine.”

As far as weapons go, the list isn’t short. According to a CBS report, by the middle of March, the U.S. had already sent the following to Ukraine:

Given this considerably extensive list of weapons and the fortune the U.S. has sent to Ukraine, it’s not unfair to pause and ask: What will the long-term consequences be if the U.S. has been indirectly arming neo-Nazi militias?

More than anything, the neo-Nazi aspect of this story should warrant more thoughtful conversation among America’s leaders and its electorate. 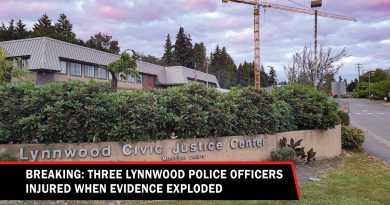 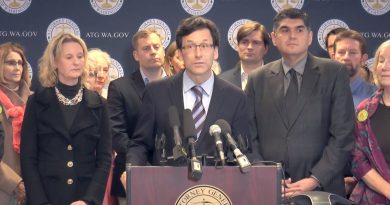 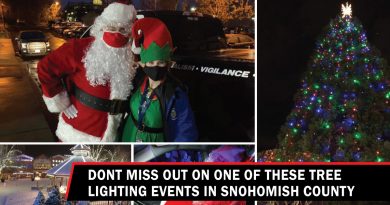 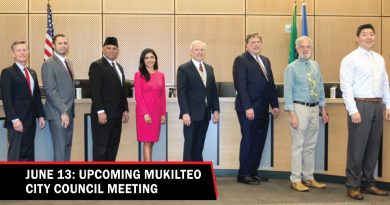 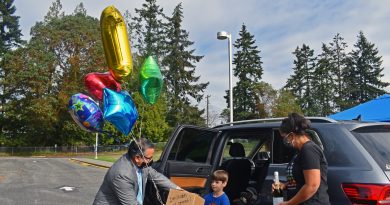 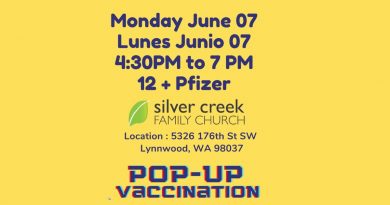