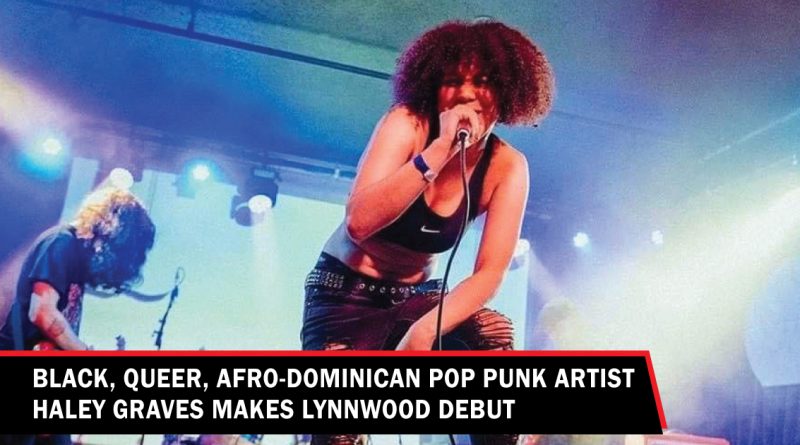 LYNNWOOD, October 2, 2022—Haley Graves (21), a Black, Queer, Pop Punk artist originally from Maine, has only had a leg in the Seattle music scene for a couple years but that hasn’t slowed down her momentum in the slightest – opening for nearly 100 bands and performing at some of the city’s biggest festivals including Capitol Hill Block Party, PrideFest, Fremont Friday, Belltown Bloom, and Taking Black Pride. Recently Graves added Lynnwood to this list making her Snohomish County debut at Vessel Taphouse Saturday, September 10, as the headlining act.

“It was super fun. It was definitely scary to headline in a city I have never been in, but Vessel is a great stage,” Graves told the Lynnwood Times.

One of Graves’ favorite things about playing Vessel, she continued, is how easy everyone was to work with and how well they promoted the event.

Since moving to Seattle Graves has released two EP’s (“She Thinks My Pop Punk is Cringey“, and “Over”) gaining nearly 7,000 streams on Spotify. She has also been featured in the Seattle Times twice, Maine Women’s Magazine, Femme Audio, and K5 News. In addition to streaming platforms her music can be heard on KEXP radio.

Graves told the Lynnwood Times it was her initial appearance on the cover of the Seattle Times that launched her success. After playing the Welcome Back Seattle event last year she woke up the next morning, surprised to see a photo of herself rocking out on Occidental Square stage.

“I think that’s what gave me that leverage, that first little bit of attention. It was almost like over-night success for me. I woke up one morning and I’m on the Seattle Times, I’m on every one’s Instagram feed, and I’m the person everyone’s talking about,” Graves told the Lynnwood Times. “It was absolutely wild to me. It was this feeling of absolute excitement, but it was also weird because all the sudden everyone knew who I was.”

After that, Graves was being contacted left-and-right with booking inquiries and KEXP DJ, Marco Collins, wanting to feature her music. For the last year, Graves informed the Lynnwood Times her life has been almost exclusively going to her day job, rehearsing, and playing shows back-to-back although a back injury has recently slowed that down. When the stress of managing herself became too much she reached brought upon Amy Gill as her official manager.

Graves described her music as “Pop Punk” inspired by bands like Green Day, Blink-182, and All Time Low. Her biggest influence is Mayday Parade, both musically and lyrically, and even has a tattoo dedicated to the Florida-based rock band. As an openly gay, BIPOC, woman writing in a male-dominated genre, she hopes to be an influence for other pop punk enthusiasts everywhere to be loud and proud of who they are.

“There are not many women in the Pop Punk genre of music who have been super successful. I grew up idolizing men in the genre and I would love to see more representation of women, especially women of color,” Graves told the Lynnwood Times. “As a woman in Pop Punk, let alone being black and gay, I started out feeling isolated. I hope I can be one of those people that changes that.”

Graves grew up musically inclined in the small town of South Bristol, Maine – a town that is 98% White. From a young age she always knew she was gay but told the Lynnwood Times, in many ways, it was easier to be gay in South Bristol than it was to be Black. Despite her skin color many of her friends told her they did not believe she was Black because she was “not from the hood” or acted like Black characters in television shows. She told the Lynnwood Times she didn’t understand what it meant to be Black until she was much older. In many ways her journey to discover her identity has helped shape her songwriting.

From an early age Graves would almost always be singing, whether to herself or to the guests of the Harbor Side restaurant where her parents worked. She began playing guitar at the age of 10, and took up hip-hop dance lessons, in order to be “just like Justin Bieber.” At the age of 14 she fell in love with Pop Punk thanks to a band called Five Seconds of Summer, which lead her to bands like Green Day, All Time Low, Pierce the Veil, and Sleeping with Sirens.

When Graves was 19, she moved to Seattle to study Composition and Jazz Guitar at Cornish College of the Arts but dropped out when the pandemic put a halt to classes. After that she briefly studied Music Composition at Bellevue College Graves but decided school wasn’t for her and dropped out again to pursue her music career full-time. She is releasing her first EP, She Thinks My Pop Punk is Cringey, that same year. Its titular song was inspired by a comment a girl she was dating at the time made about her music tastes.

Graves’ latest EP, Over, released this year on February 25 and features four songs: “Miss Me”, “Tryin”, “Over”, and “Waiting”. In the next year she hopes to record a full album and tour. She told the Lynnwood Times she is still waiting to find the right band to open for.

You can learn more about Haley Graves’ music by visiting her website at https://imcalledhaleygraves.com/ or follow her on social media at:

Her music can also be streamed on Spotify. 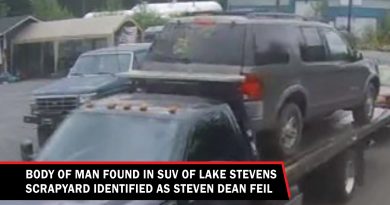 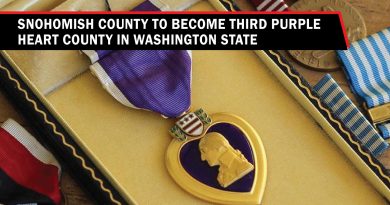 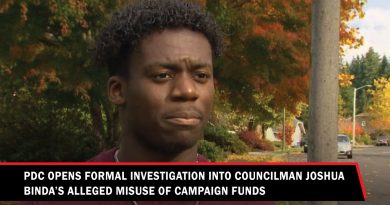 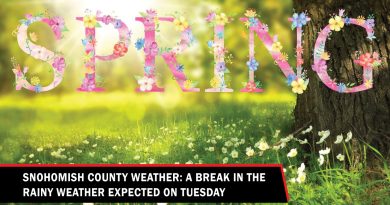 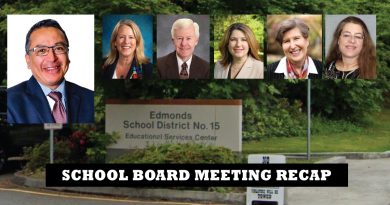 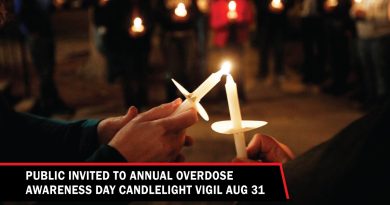