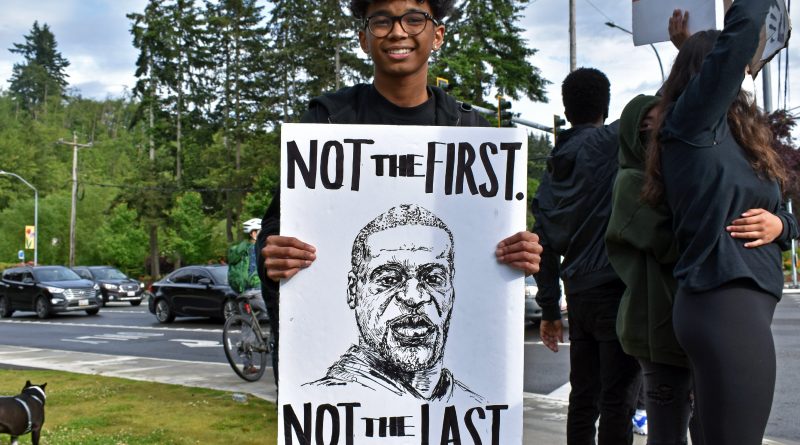 Hundreds of local high school students gathered on Tuesday, June 2 at the intersection of 164th Street SE and Bothell-Everett Highway, adding their voices to nationwide protests demanding an end to police brutality.

Daeton Oclaray, a North Creek High School Student, organized the event in solidarity against racial injustice and in remembrance of all people who have fallen victim to police brutality in the wake of the death of George Floyd, a Minneapolis man killed in police custody.

“I thought that our community needed a voice,” said Oclaray holding up a sign to passing vehicles displaying a hand-drawn portrait of George Floyd. “You’d think that in an area like this with a very low black population, we wouldn’t care enough, but we do. We need to be heard.”

On Sunday, May 31, Oclaray reached out to a group of his friends asking them to join him at the Mill Creek location Tuesday evening for a peaceful demonstration.

“I just asked ‘does anybody want to protest with me?’,” said Oclaray explaining the planning of the event. “I asked them to spread the word and it just went from there.”

It wasn’t long until Oclaray’s proposed protest spread throughout Snohomish County, reaching students across multiple school districts. Keyshon Rife, a student at Archbishop Murphy High School, found out about it through social media and started circulating the effort within his networks.

“I’ve known for a very long time that something was wrong, and I was tired of being silent. I saw what was going on in the media and when I found out about this, I knew it was time to take a stand,” explained Rife. “If you stand up, you can’t be silent. This is where it starts, in the community, local.”

“We’re here for peaceful protest and our voices to be heard. We believe in justice done the right way,” explained Dunbar. “This is the way to do it, to raise awareness and be out here; To help as much as possible while staying safe.”

The Mill Creek Police Department was present during the entirety of Tuesday’s event after being contacted Monday night by one of the organizers to let them know about the planned protest. Police Department staff also began noticing its mass presence on social media.

Police Chief Scott Eastman says that his officers’ role during the event was to support the students’ right to protest and ensure they were able to do so safely. He says throughout the event, law enforcement officers had conversations with students about how they stand in solidarity with them and are supportive of their effort to be heard.

“We want as a profession to be a group that is trusted, especially by this age group, not feared,” explained Eastman. “The Mill Creek Police Department believes that black lives matter… but when things like this happen around the country it affects the entire profession and reflects on all of us.”

Castellanos stood with friend Olivia Pena, who added to their purpose for protesting, saying “we need to stand up. We need to speak up even if we can’t understand the experience ourselves.”

Students plan to stand up and speak up against racial injustices and police brutality again through the demonstration of another peaceful protest Thursday, June 5 at noon, according to Rife. 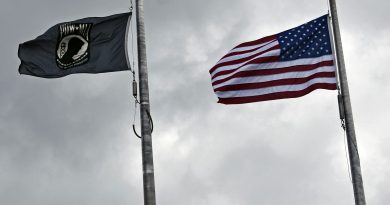 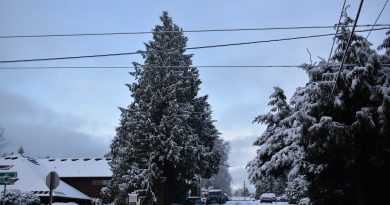 Lynnwood gets its first snow of the season 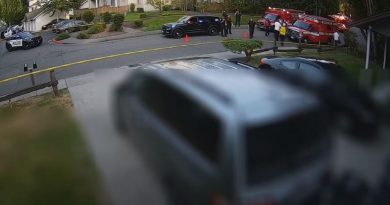 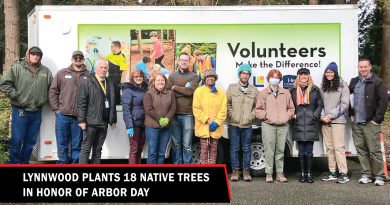 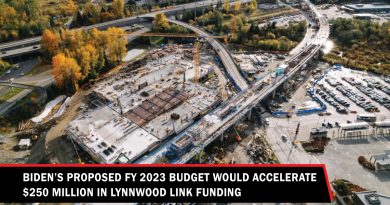 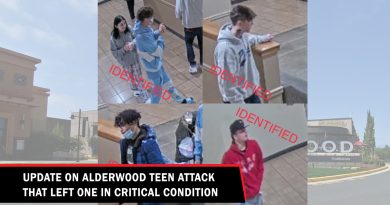