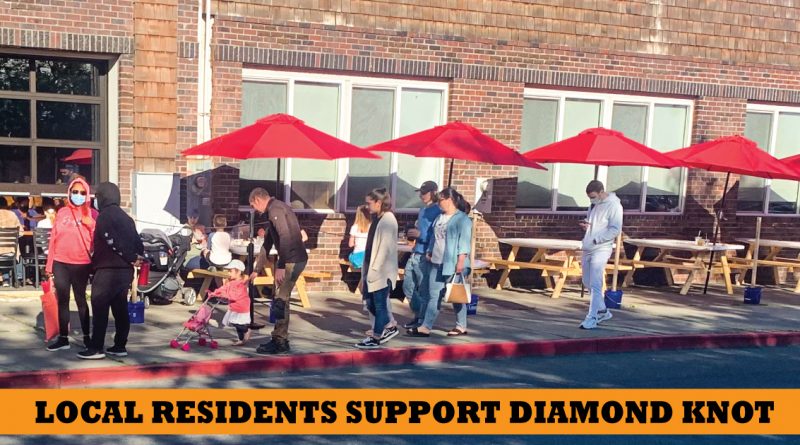 MUKILTEO, Wash., June 14, 2021 – Even as the state approaches the prospect of re-opening on June 30, the lasting effects of the shutdown continue to be an area of uncertainty for many small businesses, including Diamond Knot Brewery & Alehouse (Diamond Knot) in Mukilteo. On June 2, its Special Event Permit issued by the City of Mukilteo was revoked, leaving many to wonder… why?

The brewery applied for a Special Events Permit with the City of Mukilteo on April 28 and was approved May 6. The same day of the approval, Diamond Knot spent $1,500, as well as labor hours, setting up an outdoor seating area for the first time since the brewery’s establishment in 1994.

Almost a month later, June 2, they were notified by the City that Washington state’s Recreation and Conservation Office (RCO) rescinded its approval, and the seating would need to be removed no later than June 6.

Lighthouse Park, formerly known as Washington State Park, was deeded to the City in 2003.  In 2004, the City adopted a Lighthouse Park Master Plan to make physical improvements to the approximately 14.4 acre site.

An interlocal agreement, between Washington State Parks and the city of Mukilteo, prohibits businesses to operate on State Parks property. RCO does not have a similar agreement nor the authority to amend these prohibitions. The 14-foot sidewalk lies within the Lighthouse Park property line. The park, which was purchased with taxpayer dollars for the public’s use, cannot be used to benefit one private business.

“The land is governed by a contract the City signed with the State when it accepted the grant to develop the park,” wrote Zemak. “The grant contract requires that the park property be used for public recreation for the term of the contract. A private restaurant using the land would put the City out of compliance with the contract.”

Eight years ago, Mukilteo resident and former Councilman Charlie Pancerzewski confirmed with the State Parks Department that its agreement with the city of Mukilteo allowing Diamond Knot to operate on state park property was not allowed.

That agreement, which had already been signed by Diamond Knot, was then removed from the city council consent agenda and never brought to the public again.

“We always intended to have seating out there that is why the sidewalk is so wide,” Marine told the Lynnwood Times. “I wanted to support our local businesses but got shot down.”

When asked how the city, Diamond Knot and the State can rectify the issue, Marine said, “A land swap can make it happen.”

Zemek provided a similar solution. “If the City wishes to allow the restaurant to use the sidewalk, it can but would need to seek permission from the state Recreation and Conservation Funding Board and mitigate for the loss of that public use.”

Zemek wanted the public to know the serving of alcohol on this portion of the land by which the property is bound is prohibited under the terms of the contract.

“The city has been great – they’ve been attentive, they’ve been communicative,” Korey Mackenzie, Diamond Knot Retail Operations Manager, said when asked about his thoughts on the matter.

“The issue is that the city could disregard RCO and say it’s fine. But the RCO notifies the city when they’re not in compliance and being out of compliance puts the city at risk of losing grant funding now and in the future; and Diamond Knot doesn’t want that. We’re longtime members of this community, we care about this community, we care about that park. We don’t want to put city in that position,” Mackenzie added.

Mukilteo Mayor Jennifer Gregerson hoped for a different outcome for Diamond Knot but is pleased that pandemic restrictions should soon be lifting.

“I was glad that we were able to work with Diamond Knot to allow them to add outdoor dining, like we have with so many Mukilteo restaurants,” Mayor Gregerson said. “They are in a tough spot, with no outdoor property of their own, and particular state restrictions on the wide sidewalk adjacent to their restaurant. I wish that the State Recreation and Conservation Office could find a way to make an allowance, at least through the pandemic and state emergency orders.”

When asked why the approval was given in the first place, Zemek stated that it was not clear to RCO staff that the request was for a private business and that tables were also being placed on land protected for public outdoor recreational use.

In preparation for the state reopening and a projected business boom in spring, Diamond Knot in Mukilteo’s Lighthouse Park, began restaffing only to face the unanticipated prospect of rolling back.

With a fully-staffed Alehouse but the inability to operate at full-capacity, the brewery reached out to the city to explore its options. The city contacted the Recreation and Conservation Office (RCO), on Diamond Knot’s behalf, for an exception to the restrictions during the pandemic, which was initially approved.

“One of the challenges of that location is the shape of the building…We had to eliminated six tables in our bar plus thirteen bar top seats [to abide by the six foot rule]. So, the outdoor seating was critical for us to offset lost tables,” Korey Mackenzie, Diamond Knot Retail Operations Manager, told the Lynnwood Times.

For the city’s purposes, the solution was via the Special Event Permit Process, the same permit used for other events with alcohol such as the Lighthouse Festival and Farmers Market.

When Pancerzewski saw Diamond Knot’s outdoor seating in early May, he was confused how this was approved following the previous incident eight year ago; so he contacted the city council.

Ritter reached out to RCO in August of 2020 but Diamond Knot did not apply for the Special Events Permit until April of this year.

“I reported what I saw, the tables being used, to the Mayor and Council as I assumed they knew about it and had something to do with it,” Pancerzewski told the Lynnwood Times. “I only talked to RCO once, after the city provided the email that Linda Ritter had with Steve Haws of RCO.”

Pancerzewski continued, “That was not me reporting to the State but a phone call asking him why he approved what Diamond Knot was doing since he already knew about it and I was told he approved it.”

When Pancerzewski reached out to RCO, Haws stated they had no idea the city issued permit would extend over a year and was under the impression the brewery were asking permission for a special event that would last no longer than a week regardless of the permit stating the dates, “immediately through duration of WA State indoor seating restrictions.”

According to Steve Powers, City Administrator for Mukilteo, RCO informed the City that its original approval of Diamond Knot’s request was in error, due to a misunderstanding on their part.

When Diamond Knot applied for the special events permit, under item 12 which asks if the event would take place on Lighthouse Park property the box was left unchecked but according to Mukilteo city maps the sidewalk outside of Diamond Knot’s building resides on park property, which operates under the interlocal agreement.

“I think it’s disappointing that [Charlie] was not able to recognize that we’re a small business and we’re just trying to stay afloat during these hard times,” Mackenzie said.

In a poll conducted by the Lynnwood Times on NextDoor, out of 339 votes, 98% thought Diamond Knot should be allowed to continue with outdoor dining.

“I hope they change it back and let them permit outside. There’s little enough to do at the moment,” said Theresa of Kirkland, who was enjoying a walk on the beach of Lighthouse Park last Saturday.

“If they put up fencing it’s no difference than anything around the area; I think it’s actually completely unfair,” said Jeff of Mukilteo.

“If they were just doing outdoor dining, then that’s fine. I can see why they pulled their permit but on the other hand businesses have to make money to survive during these times,” said Chris of Lynnwood.

Diamond Knot Brewery & Alehouse, located at 621 Front St. in Mukilteo, is a family-friendly establishment that is open for lunch and dinner, offering 16 tap handles with rotating, innovative, beers. 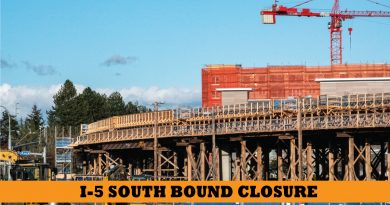 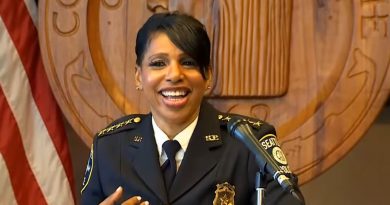 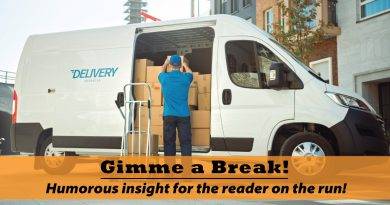 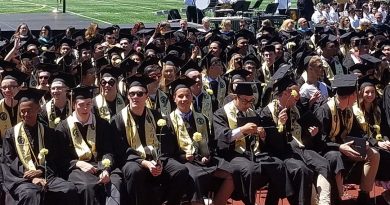 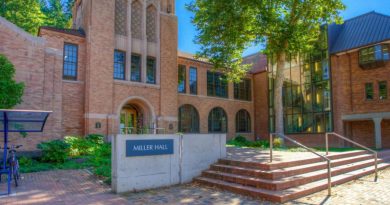 2 thoughts on “Could a land swap solve Diamond Knot-Mukilteo woes?”