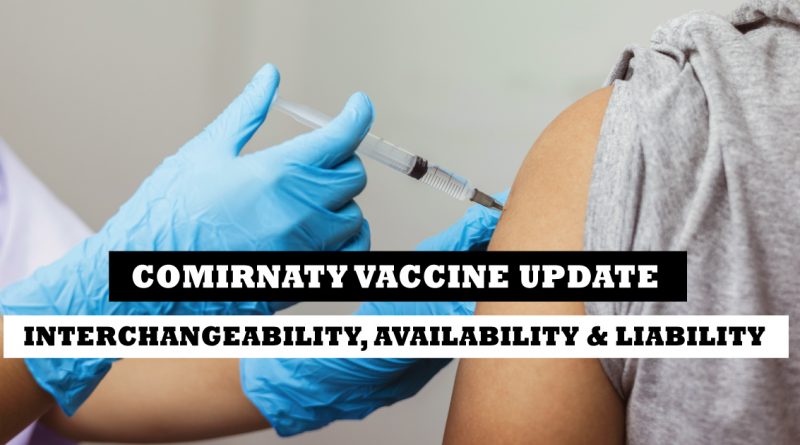 Shortly after the Food and Drug Administration (FDA) granted approval for the Comirnaty COVID-19 vaccine, the Lynnwood Times asked the administration several clarifying questions regarding the approval and the rebranding of Pfizer’s vaccine.

Certain components of the FDA’s literature on the matter left questions unanswered. For example, why is the Pfizer-BioNTech COVID-19 Vaccine being marketed as the Comirnaty when, according to the FDA’s own letter to Pfizer, they are legally “distinct” and appear to be two different vaccines? Or questions regarding interchangeability between one FDA-approved vaccine and another Emergency Use Authorized (EUA) vaccine.

Although the FDA did not respond to the Lynnwood Times’ follow-up inquiries, other news organizations and fact-checking entities have also been investigating similar questions. Just shy of a month later, and the Times is ready to report clarifications to the FDA’s linguistic ambiguities and address the previously reported concerns.

As the Lynnwood Times covered previously, the Food and Drug Administration granted approval for the Comirnaty vaccine while the Emergency Use Authorization remains in place for the Pfizer-BioNTech vaccine. Though only the Comirnaty vaccine is approved, the FDA stated in their letter to Pfizer that “the licensed vaccine (Comirnaty) has the same formulation as the EUA-authorized vaccine (Pfizer-BioNTech) and the products can be used interchangeably to provide the vaccination series without presenting any safety or effectiveness concerns.”

This interchangeability has caused an understandable amount of skepticism and confusion: How can the two vaccines be interchangeable when one is approved while the other is only authorized? As many news outlets and fact-checking entities have been weighing in on the matter, much-needed clarification has surfaced.

The Center for Disease Control has also sought to clear up the muddied messaging. After the approval of Pfizer’s vaccine, the CDC issued the following statement regarding the name change to Comirnaty:

“Once vaccines are approved by the FDA, companies can market the vaccines under brand names. COMIRNATY is the brand name for the Pfizer-BioNTech COVID-19 Vaccine. Now that the FDA-authorized Pfizer-BioNTech COVID-19 vaccine has been approved by the FDA for individuals 16 years of age and older, it will be marketed as COMIRNATY.”

The Lynnwood Times is currently investigating past examples of rebranding pharmaceuticals post-FDA approval to corroborate the CDC’s claim.

The name change applies solely to the approved vaccine for individuals 16 years and older, and this seems to explain how one vaccine can have two different names respective of its dual approved and authorized status.

The CDC also emphasizes that “There has been no change in the formulation of the vaccine since the name change.”

The EAU is also still in place for booster shots, as the FDA authorized a third dose of the Pfizer vaccine for the older and higher risk demographics on September 22.

A report from factcheck.org adds further clarity to the matter, stating, “It’s true that an emergency use authorization still exists for the Pfizer/BioNTech vaccine. It authorizes the two-dose vaccine for those age 12 and older — and a third dose for those who are immunocompromised — while the FDA’s full approval pertains to those 16 and older.”

The most urgent point of concern regarding the status of the FDA-approved Comirnaty vaccine has been availability. As the Times reported back in September, the FDA’s letter to Pfizer raised concern over whether or not the Comirnaty vaccine was available to the American public.

“Although COMIRNATY (COVID-19 Vaccine, mRNA) is approved to prevent COVID-19 in individuals 16 years of age and older, there is not sufficient approved vaccine available for distribution to this population in its entirety at the time of reissuance of this EUA,” reads one of the footnotes on page 5 in the FDA’s letter.

Concern over availability was compounded by the fact that Pfizer’s vaccine labels are still marked as authorized for emergency use. “The Pfizer-BioNTech COVID-19 Vaccine vial label and carton labels are clearly marked for ‘Emergency Use Authorization,’” reads the FDA’s letter to Pfizer.

The labeling is problematic because if a patient wants to receive the approved vaccine but reads “Emergency Use Authorization” on the vial, the patient would understandably believe that they are not receiving the FDA-approved vaccine.

The aforementioned report from factcheck.org articulates the rationale behind keeping the EUA labels on the vaccine’s vials and the availability thereof. “[I]n short,” the report states, “the Pfizer/BioNTech vaccine authorized for emergency use continues to be available both to meet demand and because it can be used for individuals — those 12 to 15, for example — for whom the full licensure of the vaccine isn’t yet applicable.”

The reasoning here is two-pronged. First, to maintain vaccination rates, the Pfizer vaccines with EAU labels will continue to be administered while Pfizer manufactures vaccines with the Comirnaty label. Second, as the Comirnaty vaccine is not approved for the younger demographic, it is necessary to keep EAU-labeled Pfizer vaccines in circulation for individuals between 12 and 15 years of age. For the same reason, EAU-labeled vaccines must remain in circulation for the authorization of booster shots for certain demographics.

Additionally, as Chris Beyrer, an epidemiologist at Johns Hopkins Bloomberg School of Public Health, explained to the Washington Post, Pfizer vaccines that were manufactured before the FDA’s approval cannot legally be branded as Comirnaty even though they’re the same vaccine.

“That’s why there may be, for some time, EUA Pfizer doses in use before [fully approved] Comirnaty becomes more widely available,” Beyrer explained. “This is standard, nothing unusual, and [it] does not void an EUA.”

Reuters also addressed claims regarding Comirnaty’s availability in the States. While citing some of the aforementioned reasons — EUA doses still being needed for younger demographics and booster shots — Reuters points to a statement from the FDA which reads, “Providers can use doses distributed under EUA to administer the vaccination series as if the doses were the licensed vaccine. For purposes of administration, doses distributed under the EUA are interchangeable with the licensed dose” (emphasis added).

“The vaccine is FDA approved, will be marketed under a new name and — crucially — is interchangeable with the EUA-marketed vaccine,” Reuters concluded.

It has widely been speculated that the rebranding of Pfizer’s vaccine post-approval was a legal maneuver to shield Pfizer from liability charges. Said speculation stems from a footnote in the same FDA letter to Pfizer that reads, “the [Comirnaty and Pfizer-BioNTech vaccines] are legally distinct with certain differences that do not impact safety or effectiveness.”

At the heart of the claim that Pfizer’s name change was a legal maneuver is a federal law that protects vaccine manufacturers in the event of a public health emergency — like a pandemic. The law is called the Public Readiness and Emergency Preparedness Act (PREP), and when invoked by the Department of Health and Human Services — which it was in early 2020 in response to the COVID-19 pandemic — “The declaration provides immunity from liability (except for willful misconduct)” for a variety of claims listed on phe.gov.

According to Congressional Research Service, “covered persons are generally immune from legal liability (i.e., they cannot be sued for money damages in court) for losses relating to the administration or use of covered countermeasures against COVID-19,” with the sole exception to the PREP Act being death due to willful misconduct.

The Health Resources and Services Administration (HRSA) is the agency that oversees compensation programs where individuals can file claims alleging injury or death from vaccination. The COVID-19 vaccines fall under the Countermeasures Injury Compensation Program (CICP).

As HRSA spokesman David Bowman explained to Newsweek, “FDA authorized and approved COVID-19 vaccines, including Comirnaty, are covered countermeasures” under the CICP.

Elaborating further, Bowman said that there “are no liability or compensation differences between a countermeasure approved under an EUA or one that has received full FDA approval.” The theory, then, that Pfizer’s branding was a ploy to evade liability may not hold water as authorized and approved vaccines are both currently covered by the CICP.

Finally, addressing the “legally distinct” aspect directly, a Pfizer representative told factcheck.org that the “reference relates to differences in manufacturing — for example, the licensed product may be made at different sites or use materials from different approved suppliers.”

As the story unfolds, the Lynnwood Times will continue to provide updates regarding FDA-approved and EAU COVID-19 vaccines.

For example, the director of the Vaccine Injury Litigation Clinic at George Washington University Renée Gentry noted that the COVID-19 vaccines currently under the CICP will eventually be moved to the National Vaccine Injury Compensation Program (VICP).

“Once it’s no longer in emergency use and it’s recommended for children, it should go into the VICP,” Gentry explained to factcheck.org.

The differences between the CICP and VICP are detailed on the Health Resources & Service Administration’s website (follow this link). Under the “Funding” section, while details are provided for how the VICP is funded, the CICP’s column simply reads “Appropriated Funds.” The Times reached out to the HRSA to learn what “Appropriated Funds” entails.

The Deputy Director at the HRSA’s Office of Communications, Christy Choi, responded with the following: “The Countermeasures Injury Compensation Program (CICP) does not have a dedicated appropriation from Congress. It is funded by Congressional appropriation to HHS [Department of Health and Human Services] and HHS transfers funds to the CICP.  In FY [Fiscal Year] 2022, about $5.8 million was transferred to the CICP.  As the need for funding for COVID-19 related claims becomes clearer, additional funding may be requested.” 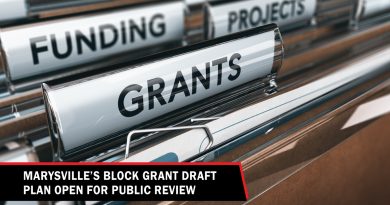 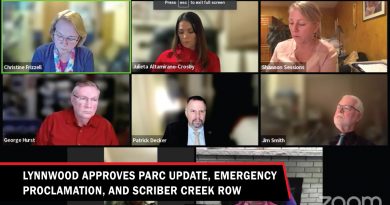 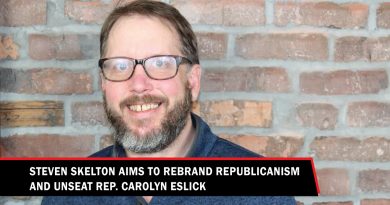 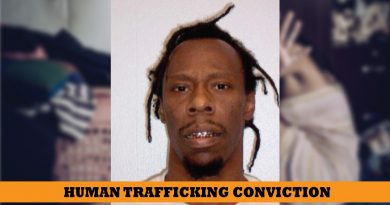