OLYMPIA, Wash., December 23, 2021 – Today, Gov. Jay Inslee released a statement stating he does not have the authority to eliminate the Washington Cares Fund assessment – aka Long-term Care Tax (LTC) – and that employers are still “legally obligated to pay the full amount owed to state ESD to begin the long-term care program.”

Inslee claims that news outlets across the state of Washington inaccurately reported that he and other legislative leaders were putting the “brakes” on the LTC tax and that only the Legislature has the authority to eliminate the requirement.

“There seems to be some inaccurate reporting and misinformation about the Legislature’s long-term care bill, which under the law requires employers to withhold money from employee wages,” stated in today’s press release from the Governor’s Office.

“Only the Legislature has the authority to eliminate the requirement that employers pay a premium based on withholding from an employee’s wages at this time. The Legislature has committed to changing the law in January 2022, including delaying the premium collection timelines.

Unless exempted, employers within the state of Washington are still required to collect monies for the new tax starting January 1, 2022.

The press release continued, “As an employer, the state of Washington is following the law and will have to begin collecting money from state employee paychecks as of January 1st. We know that many other private employers are doing the same, and others are hoping that the Legislature will change the law. However, if the Legislature fails to do so, employers will still be legally obligated to pay the full amount owed to state ESD to begin the long-term care program.”

“I am taking measures within my authority and ordering the state Employment Security Department not to collect the premiums from this program from employers before they come due in April,” wrote Inslee. “My actions mean that the state will not collect those funds until the Legislature sorts through these issues.”

“The governor’s announcement last week that the ‘Washington Cares’ long-term care tax would be delayed led everyone to believe that the tax would not be collected from their paychecks come January. State employees received notice that only those who have already been granted an exemption to the program will not have the tax deducted. Otherwise, the tax will be collected as originally planned. How is this a delay? How has the governor helped matters? He hasn’t. The governor’s announcement changed nothing. The only thing it did was publicly acknowledge that the program is a mess.

““We need to go into a special session before the state begins collecting the tax and repeal this bill – even if it’s over the holidays, using virtual technology to meet on short notice. The program is so unpopular that more than 400,000 Washingtonians applied for an exemption and thousands of others want out but couldn’t get a private policy before the deadline.”

Under the WA Cares Fund (LTC tax), all W2 employees who average 12.5 hours per week were initially set to see the 0.58% payroll deductions starting Jan. 1, 2022. A person earning $50,000 a year would pay $290 a year in additional taxes. To have opted out of the program, one would had to obtain separate private long-term care insurance policy by Nov. 1, 2021.

Starting in 2025, eligible beneficiaries could begin to claim up to $36,500 to help pay for assisted living, transportation, and meal deliveries. However, those paying into the program but living outside of Washington state would not be eligible to receive any benefits. Also, those that retire within the next few years may not be vested in the program, and those who paid into the program and are vested but retire in another state, will be ineligible.

Gov. Inslee is putting the onus on the state Legislature “to fix their bill” when it convenes in January.

“The Legislature will have an opportunity to fix their bill starting on January 10 when they convene for the session,” stated in the Inslee’s press release today. “It is my hope that they will do that quickly in order to provide clarity to employees and employers. I have considerable confidence that the Legislature will fix this problem.” 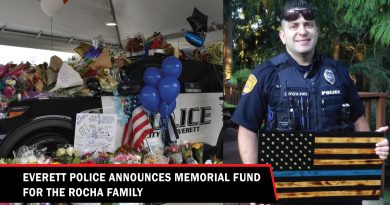 One thought on “It’s Back: Employers required to deduct Long-term Care tax”