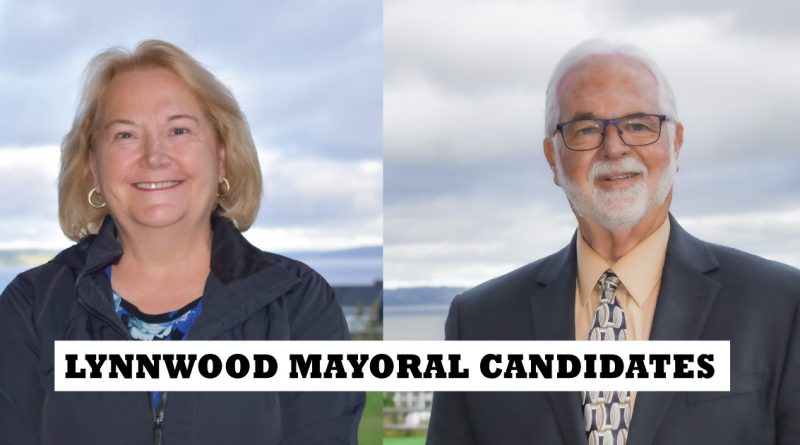 LYNNWOOD, Wash. – In preparation for the upcoming November 2 election, the Lynnwood Times met with Lynnwood mayoral candidates Jim Smith and Christine Frizzell on October 6 to discuss their platforms and important issues within the city.

Both candidates were asked the same eight questions with opportunities to rebut when necessary and hold closing remarks to ensure the voters of Lynnwood make the decision that will best represent their beliefs and needs this upcoming election season.

The mayor is the chief administrative officer for the city, in charge of staffing, responsible for its daily operations, and implements legislation passed by the council. What will your top three priorities be if elected to office?

Frizzell’s top three priorities, if elected mayor, are to listen, learn, plan, and execute. To her, there are many things the city council cannot understand fully without engaging with departments to better address their strengths, weaknesses, and needs. Additionally, she plans to utilize her background in finance to begin planning and working on the budget as soon as possible.

“People entrust us with their most sacred possession that they give to the city and that’s money. I want to make sure that we’re meeting the needs as well as the wants of individuals and we’re making Lynnwood a place we all want to be whether we live here, work here, play here, or like I do – all three,” Frizzell told the Lynnwood Times.

Public safety is Jim Smith’s number one priority and has been throughout his 25 years serving on the city council. The second is lowering taxes. Lynnwood has some of the highest taxes in Washington state, and Smith hopes to reduce them by addressing where the city could trim its spending. His third and final priority is reducing street homelessness and drug use by giving alternatives to those living on the street or suffering from drug abuse.

What do you feel are the top concerns facing small business owners in Lynnwood and what do you propose to address those concerns?

Concerning small businesses, Frizzell believes her priority will be fighting the “ease of online shopping,” particularly coming out of the COVID environment, by getting out and supporting small businesses in-person while encouraging others to do the same.

Frizzell also plans to aid small business owners by working with the state and federal governments to rethink Lynnwood’s head tax, a fee that is charged to businesses when they relicense based upon part-time and full-time employees, and to work with the Chamber of Commerce to educate businesses of existing resources while developing new programs such as a “Shop Lynnwood” app that would allow Lynnwood residents to learn about local companies.

Smith believes one of the biggest problems small businesses in Lynnwood face is feeling ignored. As part of his platform, he hopes to work closely with businesses within the city, utilizing his experience as a small business owner to help bring customers and traction to their services.

“I know the struggles that the businesses have, and I plan on rolling up my sleeves and getting out there and actually helping them with making them successful. They are crucial to the city of Lynnwood,” Smith said.

Excluding changing housing and zoning codes, how would you make Lynnwood better for seniors?

Addressing how she would make the city of Lynnwood better for seniors, Frizzell plans to focus on making the city more accessible by expediting ADA ramps, fixing the sidewalks, and investing in the places where seniors can go, like the Senior Center, to feel they have a sense of community and support.

“My 88-year-old dad lives with me; we’re in the house together and he doesn’t go out, and he doesn’t react to people nearly as much anymore and it’s taking its toll. We need places for people to go, and especially seniors, they need to know that they have community,” Frizzell said.

For years, Smith noted that he has been helping the senior community of Lynnwood by hosting what he calls “music therapy shows,” putting on over 150 shows a year under normal circumstances. He noted that he was responsible for bringing the Senior Center to Lynnwood in the first place 15-20 years ago so that Lynnwood seniors would have a place to go instead of traveling to Edmonds. Smith plans to continue putting on shows for the senior population, even if elected mayor, while continuing to be personally involved in the community.

In what ways could the City’s Comprehensive Plan be improved to facilitate Lynnwood’s Housing Action Plan of an additional 9,826 units by 2044?

Frizzell differs from Jim Smith’s platform as she wants to prepare the city of Lynnwood for future generations by making the best use of space. Frizzell does not believe in adding accessory dwelling units (ADU) or duplexes to every single-family neighborhood, as she feels it would ruin the look and feel of them. She believes in “creating space” for those who may want to move to Lynnwood in the future. She believes that this is a collaborative effort that should be discussed with builders’ and developers’ input that would then be written into the city’s comprehensive plan.

“We’re landlocked. There’s not a thing we can do about that, but what we can do is make room,” Frizzell said.

Jim Smith believes in preserving Lynnwood’s single-family residents. He believes in taking care of residents first, focusing on safe and affordable housing before focusing on building more. For Smith, expansion in Lynwood is inevitable, but he believes that there can be more single-family homes per acre than what is currently available, which he believes will serve the public better than high-density living.

“We are elected to represent them, the people of Lynnwood, and that’s what I plan to do,” Smith said.

How do you recommend diversifying revenue for the city?

Frizzell noted that the city does not have the resources to diversify revenue more than what they already do, in accordance with state statutes and other regulations. However, she noted that Lynnwood has been extremely successful in securing grant funding at both a state and federal level, which can be a way to leverage the money the city does get to pay for projects.

Jim Smith has served the city of Lynnwood for 12 budget periods and believes the city does not need more revenue sources. To him, the city has always been focused on raising money but never discusses how to cut back or be more frugal with its money.

An example he provided is the city leasing property for the DBS portion and paying $25,000 a month for those rentals. The lease will last another six years. His focus is to put an action plan in place that will cut back expenses and be more frugal with spending over adding more sources of revenue.

“Fifteen years ago we didn’t have any utility taxes. Slowly but surely we’ve maxed out every single one.” Smith said.

After considering the debt accumulated from both the Convention Center and Recreation Center, city financial advisors determined that approximately $79.6 million of bond capacity can be leveraged without voter approval. Given that approximately $79 million is estimated for both the Community Justice Center and the new Community Recovery Center, how would you propose the city fund future development projects?

Referring to the debt accrued by the Social Justice Center and funding future projects, Frizzell explained that as chair of the finance committee, she is committed to rational and transparent ways of funding future projects by partnering with state and federal governments. As far as the Justice Center bond, she is confident that there is a well-thought-out plan to repay the debt by using part of the county sales tax and other means.

Smith added that the numbers given are actually “much, much, higher,” referencing the added costs for services to assist people with mental illness and drug abuse issues, millions of which have been promised by the state and the county. According to Smith, as the city grows its capacity, it will also grow its ability to deal with these costs.

Earlier this year the Washington State Legislature passed a series of police reform laws regarding use of force. Overwhelmingly, law enforcement officers throughout the state argue that these new laws inhibit them from catching criminals and keeping communities and themselves safe. Would you support a resolution requesting the Governor, the Washington State Legislature, and the Attorney General to assist in providing clarification of these new law enforcement standards and requirements (specifically referring to ESB 1054, ESB 1310, ESB 5051)?

“I know this was not created in a vacuum – that there were a lot of civic-minded people who helped enact this legislation – but I’m not sure that they thought about how it’s played out on the streets,” Frizzell said.

Smith believes that the new legislation has been “extremely problematic.” He believes that the job of law enforcement is to keep Lynnwood safe and he believes law officers currently feel their “hands are tied.” When law enforcement officers feel they are restricted due to this legislation, according to Smith, they cannot help residents who may be suffering from mental issues or drug abuse properly access resources.

“We need to be able to help our police, and we can’t do that if we stay locked in our closet and say to police, just stay home and we’ll call you if it’s a big emergency,” Smith said.

There is much discussion about the term equity. What does equity mean to you?

Equity, to Frizzell, means that if it doesn’t work for some that it doesn’t work for all. She believes we need to be mindful of that as the city looks at policies and programs while receiving input from other cultures that have chosen to call Lynnwood home.

She believes the city of Lynnwood needs to start thinking about things in a more global way and hopes to utilize the new social justice coordinator to devise policies that do not take away from anyone but helps everyone to thrive.

To Smith, equity means that no matter what happens, the same result should occur. He believes the term is more detrimental than helpful. Although he believes in equal opportunities and that anyone who comes to Lynnwood should experience equality, he wants the city to be colorblind.

“I think there’s a lot that we can do to help people help themselves. As mayor I will do that,” Smith said.

Frizzell: “Politics is kind of an ugly term these days, but it’s really about governance and leadership, and that’s what I bring. A number of years ago, after a trip to the Congo, I thought, I can get involved in this – I can make a difference. I appreciate that Jim has a historical perspective, but what I’m looking at is fresh ideas, fresh ways of doing things, ways that maybe we haven’t done before but ways that really speak to the people who are part of Lynnwood and generations to come.”

Smith: “The mayor of Lynnwood needs to be totally engaged with the people and the stakeholders of this community. From day one, I’ll bring my 25 years of management experience and drive to the city of Lynnwood. As mayor, I’ll represent you.” 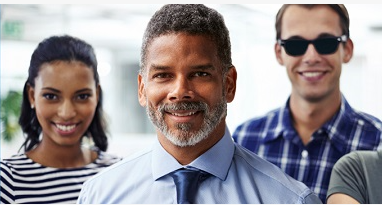