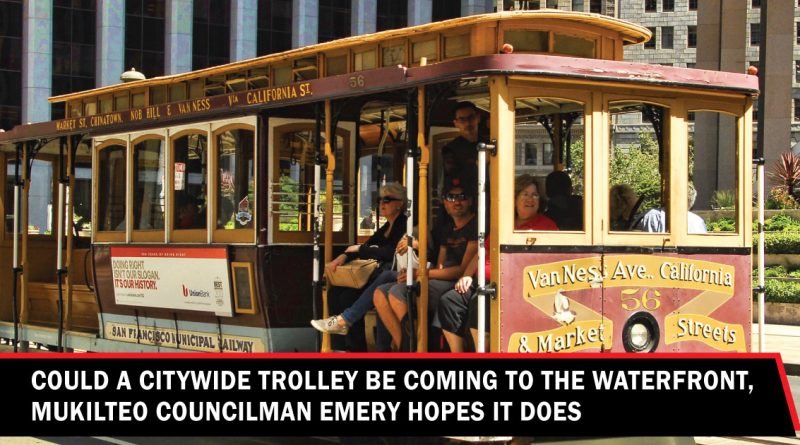 MUKILTEO, Wash., July 15, 2022 – As the city of Mukilteo continues to work with residents, stakeholders, and the Port of Everett to develop a waterfront redevelopment vision, the question of traffic and parking continues to be an ongoing concern.

The City of Mukilteo has recently rezoned to allow for commercial parking and discussions on adding a parking structure behind Diamond Knot Brewery & Alehouse have been had. Council member Richard Emery shared with the Lynnwood Times that more parking options could result in traffic congestion and gridlocking. His solution: an entertaining trolley shuttle that would transport visitors to and from the Mukilteo waterfront, at least during peak summer months, if not year-round.

“We can build 2,000 parking spaces down at the waterfront and people would still want more. If we build more parking spaces people will be more willing to drive down to the waterfront because they know there will be parking, but that might not be true. In any case, the roads are clogged as people circle around looking for parking,” Emery said.

Emery first had the idea of a trolley service when the City of Mukilteo was discussing a park and ride up by Bernie Weber Drive and Mukilteo Speedway back in 2014, to divert commuter parking from the waterfront. When that idea fell through, he abandoned the idea in some ways, but is now revisiting it as Mukilteo continues to hash out how the waterfront will operate in the future.

“We have a lot of things that attract people to our waterfront but there’s just not enough space to do all the things we want to do and make it easy for people to get in and out,” Emery told the Lynnwood Times. “I don’t think we can build enough parking spaces down at the waterfront to accommodate everyone and if we did, we would have gridlock, at least during the summer season because there’s really only one way in and out.”

Emery thought if Mukilteo had a trolley service, something “cute and fun,” possibly circling Harbour Pointe Boulevard, that it would create a way for people to access the waterfront’s amenities in an entertaining way. He reflected on several summers ago, before the City initiated paid parking at Lighthouse Park, and how difficult it was or people to get in and out of the area, which included first responders. The solution, to Emery, was simple and something many other cities have already implemented successfully.

Streetcars and trolleys were a popular mode of transportation in the late 19th century that declined in the 1930s. About a century ago in neighboring Everett, the Interurban trolley helped the county transport commuters safe and efficiently down Colby and Pacific avenues. New Orleans, San Francisco, and Philadelphia are just some examples of U.S. cities with surviving first generation streetcars in the present day.

With technological advancements since the streetcar’s popularity, Emery would like to see something as aesthetic as, say San Francisco’s heritage streetcar, but with zero emissions, possibly autonomous service. The question, however, is how the city would fund an operation like this especially since Emery’s ideal vision would be for free service. Another problem with autonomous service, Emery noted, is that most self-driving vehicles move at slow speeds which could be an issue if the route ran along the Speedway. Ideally the route of the trolley would run down 525 along Front Street or First Street, but not along the future promenade to steer clear from the decongestion the idea would hope to combat. Rental electric bicycles or scooters could be an option for visitors to travel along the proposed promenade to and from the ferry terminal, Lighthouse Park, or the potential parking structure behind Diamond Knot brewery that is being discussed.

Through a recent conversation with Lisa Lefeber, Port of Everett CEO, the two noted that the problem of traffic decongestion is only in the summer months. However, if the waterfront vision is actualized and does become a year-round destination as many hope, it could make sense to offer year-round service as well. The details are something Emery hopes to discuss with the council, stakeholders, and the Port in coming conversations.

Emery emphasized the trolley is very much in its idea phase and that he is not at all completely closed off to other options that would alleviate traffic in Mukilteo. A rideshare program, in partnership with Community Transit, for example, could be an alternative to a streetcar system like the pilot program Lynnwood plans to roll out soon.

“It’s still an idea in-process. As far as I know it’s still a concept under discussion, but I don’t know about the enthusiasm of actually making it happen,” Emery said. “My overall goal is to limit the amount of traffic that has to go in and out of the waterfront during our peak season. Whatever mechanism works, I will support.”

Other ideas to improve the character and charm of smalltown Mukilteo

In addition to a trolley service or something similar, Emery would like to see other amenities materialize at the Mukilteo waterfront. Emery suggests access to the water and an improved boat launch, retail shopping, and a museum where visitors can learn about Mukilteo and the area’s rich history. He is not interested in seeing more housing or parking structures that inhibit views of the water or look like “concrete blocks.”

The Mukilteo Waterfront is unique in that it has 11 property owners, over 26 acres, 70% of which is still undeveloped. Besides private owners, the major stakeholders include the Port of Everett, the City of Mukilteo, and the State of Washington.

A complicated history with governmental use and ownership transfers have delayed development for nearly two decades culminating in 2013 when the National Oceanic and Atmospheric Administration (NOAA) cancelled their plans to build a new $40 million facility on the waterfront, leaving ownership to the Port of Everett.

On January 4, 2016, the City Council adopted the Downtown Waterfront Master Plan. The plan describes a revitalized downtown waterfront which includes local businesses, a looped pedestrian promenade, bike lanes, and playful waterfront uses. The goal is for residents and visitors to experience a natural shoreline while celebrating the past, present, and future of the Mukilteo Waterfront. It incorporates the changes regarding the location of the ferry and ferry loading areas, while also enhancing pedestrian mobility.

The Port of Everett hired architecture firm NBBJ’s Seattle office to help with this process and visioning planning through 2022 and formed a stakeholder workgroup that represents the varied interests and attractions at the waterfront. This group was intentionally a small group representing the waterfront’s broad interests.

This stakeholders group has already had three workgroup sessions to discuss current waterfront opportunities and constraints, vision for its future, and important principles for which future planning and discussions should be centered, and interviewed Mukilteo City Council members to gather feedback, developing a draft vision statement and draft set of guiding principles.

Through these conversations it was determined the waterfront needs to be “authentically Mukilteo,” have “thoughtful parking,” pedestrian friendly, environmentally responsible and sustainably minded, celebrate culture, education focused, a transportation hub, have boating and shoreline access, and be a year-round destination. 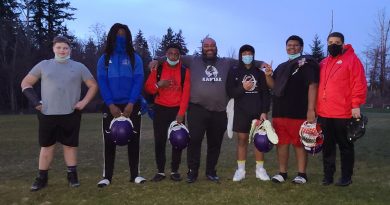 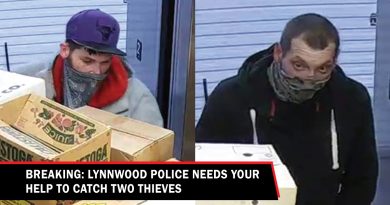 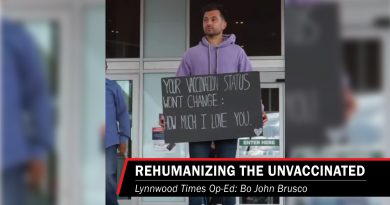 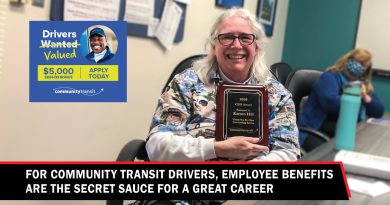 For Community Transit drivers, employee benefits are the secret sauce for a great career

2 thoughts on “Could a Mukilteo trolley be the answer to the waterfront’s parking and traffic concerns? Richard Emery says yes.”